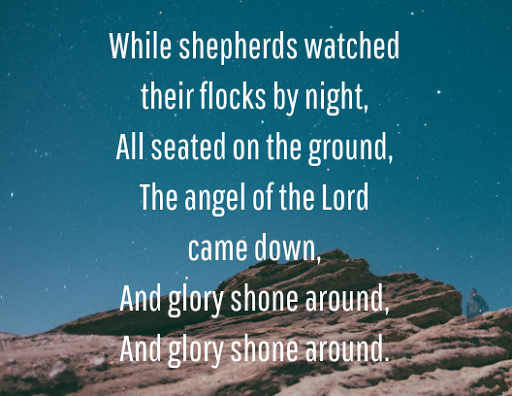 While shepherds watched their flocks by night has arguably been one of the Christmas Carols that has had many “lyrical adjustments” over the years. Many of us know this song as the one about the Shepherds washing their socks at night J Although it has nothing to do with the dirty socks of the Shepherds, it does have a lot to do with the annunciation of the Angels (Luke 2:8-14).

The song was first seen in a print in 1700, which suggests it was composed a few years before this date. It was written by Nahum Tate (1652 – 1715), an Irish poet and was apparently the first Christmas hymn allowed to be sung in the Anglican church. All songs before then were taken directly from the Psalms of David. This should have given Nahum much prestige, but sadly it didn’t seem to change his fortunes very much – it is thought he died in relative obscurity.

The part of the carol that stands out for me today is the last verse – this is in particular respect to the public holiday “The Day of Reconciliation”, which was celebrated yesterday in South Africa. How amazing would it be if there was truly ‘peace on earth’ and ‘goodwill’ shown to all people?