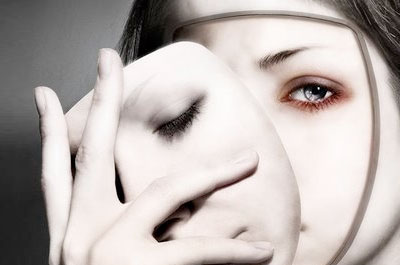 "Superficiality is the curse of our age." - Richard Foster

There are many levels on which I agree with Richard Foster's quote. The greatest irony is that we live in a time where we can be connected to people globally in a split-second, yet we still feel alone and isolated. Is this because our modern forms of technology can do nothing to bring about 'deep' relationships. It is easy to have thousands of friends on social media, but which of those friends can you truly be yourself with?

Of course, superficiality is not new. Even in Jesus' time people could choose to put on a 'mask' in public or tried to hide their true selves from others. Thankfully, Jesus was always able to cut through the facade and to address the real needs of the people.

Mark 2:8 - Immediately Jesus knew in his spirit that this was what they were thinking in their hearts, and he said to them, “Why are you thinking these things?

How deep are your friendships at the moment?

Posted by Delme Linscott at 09:05 No comments:

It is well with my soul 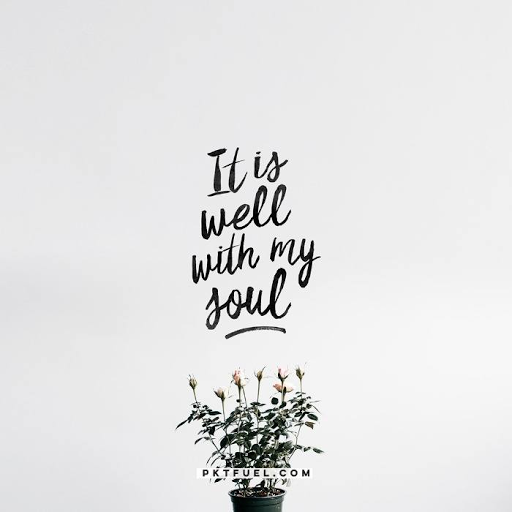 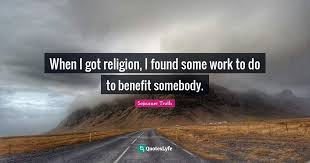 The quote from Sojourner Truth sums up our attitude to the greater body of Christ. We are all given the great task of caring for each other and working for the benefit of others. There is no such thing as a faith/religion that exists solely for my sake alone.

2 Corinthians 4:15 - All this is for your benefit, so that the grace that is reaching more and more people may cause thanksgiving to overflow to the glory of God.

How can we live in such a way to benefit someone in need?

Posted by Delme Linscott at 12:05 No comments: 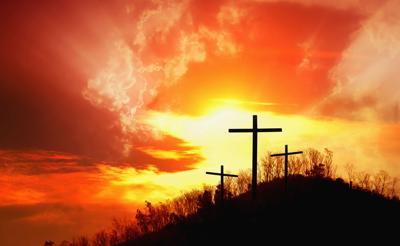 "O Tree of Calvary,
send they roots deep down into my heart.
Gather together the soil of my heart,
the sands of my fickleness,
the stones of my stubbornness,
the mud of my desires;
bind them all together,
O Tree of Calvary,
interlace them with thy strong roots,
entwine them with the network of thy love." - Chandran Devansen
Luke 23:33 - "And when they had come to the place called Calvary, there they crucified Him, and the criminals, one on the right hand and the other on the left."
Colossians 2:22 - "...that their hearts may be encouraged, being knit together in love, and attaining to all riches of the full assurance of understanding, to the knowledge of the mystery of God, both of the Father and of Christ."
Living in Grace
D3LM3

Posted by Delme Linscott at 12:50 No comments: 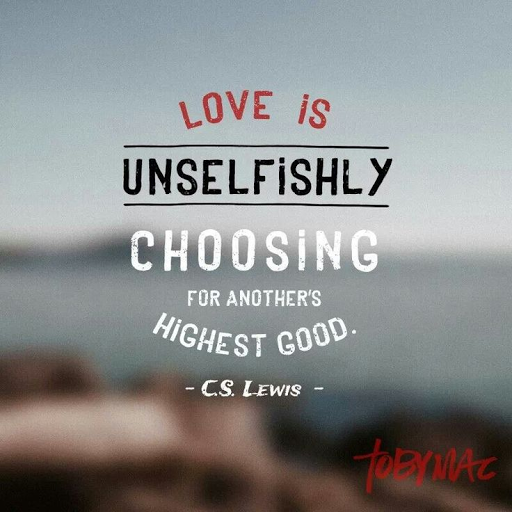 What does this mean for you today?

John gives us the starting point of our expression of love - it is God's love for us. That is the origin.

This is interesting, because usually the world suggests that we love others because of something they have done for us. However, Jesus turns this on its head. He reminds us all that if we wait for someone to love us first, before we love them, we may never get to share our love with anyone. Love is risky.

"True happiness is found in unselfish Love, A love which increases in proportion as it is shared." - Thomas Merton

Posted by Delme Linscott at 15:10 No comments: 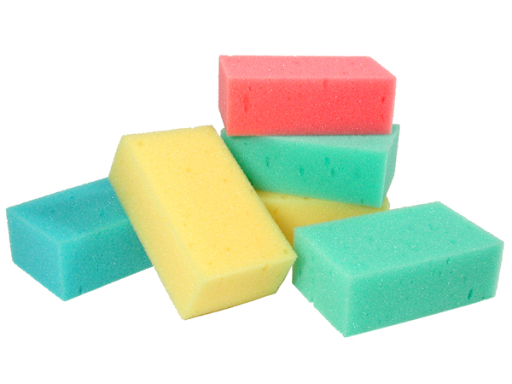 "People are like sponges. As we go through life, countless influences impact on our mind and personality, each leaving a definite trace. We constantly absorb new words, ideas, impressions, attitudes, prejudices and preferences." - Unknown

As I came across this quote I was reminded of how Jesus shaped the minds and hearts of his disciples. His pattern was deliberate and intentional. Jesus spoke to the crowds on various matters, but he went into greater depth with his closest followers. It was in these moments that he left a definite trace of Heavenly Grace.

How has God shaped your life?

Do you see a trace of his heart in yours?

What are you soaking up in your life at the moment?

Matthew 16:24-26 - Then Jesus went to work on his disciples. “Anyone who intends to come with me has to let me lead. You’re not in the driver’s seat; I am. Don’t run from suffering; embrace it. Follow me and I’ll show you how. Self-help is no help at all. Self-sacrifice is the way, my way, to finding yourself, your true self. What kind of deal is it to get everything you want but lose yourself? What could you ever trade your soul for? (The Message)

Posted by Delme Linscott at 12:42 No comments: 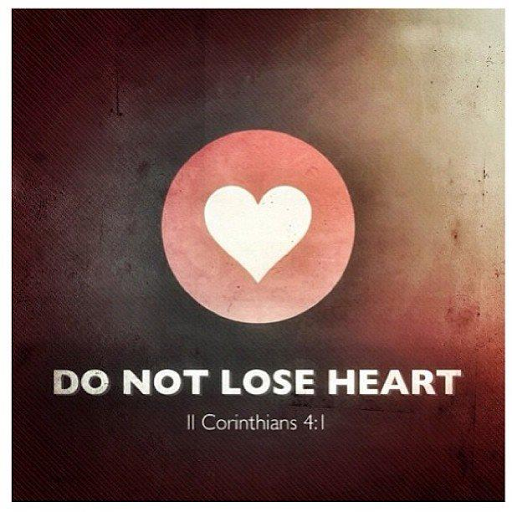 David said to Saul, “Let no one lose heart on account of this Philistine; your servant will go and fight him.” (1 Samuel 17:32)

It is a reality that most of us face on a weekly basis - we face up to something that seems bigger than us and we start to lose heart. It could a tricky situation, a person, an issue, our health or something similar. Suddenly we become afraid and our 'Goliath' seems to taunt us from across the valley. This is when we need to be reminded of the words of David to Saul...

Because someone is willing to fight for us. And his name is Jesus.

Let us always remember this. It is true for today, tomorrow and the future!

Posted by Delme Linscott at 12:04 No comments: 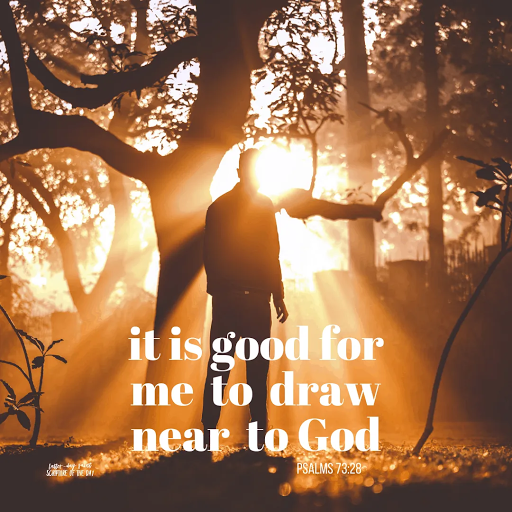 “I am as sure as I live that nothing is so near to me as God. God is nearer to me than I am to myself; my existence depends on the nearness and the presence of God.” - Meister Eckhart

Psalm 73:28 - But as for me, it is good to be near God. I have made the Sovereign Lord my refuge; I will tell of all your deeds.

How do you experience the 'nearness' of God?

Posted by Delme Linscott at 15:40 No comments:

It is better higher up 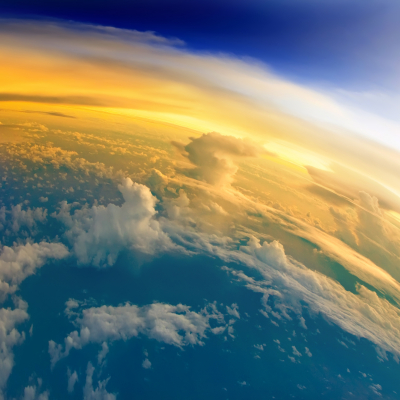 A few of you have asked for a copy of this story that I used in my sermon last Sunday. It is such a beautiful reminder that we have something amazing to look forward to. With Christ in our lives there is always "better higher up!"

The famous preacher D.L. Moody told about a Christian woman who was always bright, cheerful, and optimistic, even though she was confined to her room because of illness. She lived in an attic apartment on the fifth floor of an old, rundown building. A friend decided to visit her one day and brought along another woman -- a person of great wealth.

Since there was no elevator, the two ladies began the long climb upward. When they reached the second floor, the well-to-do woman commented, "What a dark and filthy place!" Her friend replied, "It's better higher up."

When they arrived at the third landing, the remark was made, "Things look even worse here." Again the reply, "It's better higher up." The two women finally reached the attic level, where they found the bedridden saint of God. A smile on her face radiated the joy that filled her heart. Although the room was clean and flowers were on the window sill, the wealthy visitor could not get over the stark surroundings in which this woman lived. She blurted out, "It must be very difficult for you to be here like this!"

Without a moment's hesitation the shut-in responded, "It's better higher up." She was not looking at temporal things. With the eye of faith fixed on the eternal, she had found the secret of true satisfaction and contentment. - Our Daily Bread.

Job 36:15 - But those who suffer he delivers in their suffering; he speaks to them in their affliction.

Proverbs 23:18 - There is surely a future hope for you, and your hope will not be cut off.

Posted by Delme Linscott at 13:39 No comments:

Who you can be 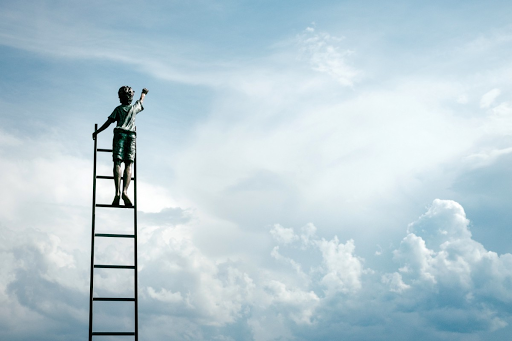 It is very easy to allow ourselves to be held back by our mistakes and the sins of the past. I think the devil takes great delight in reminding us of all the times we have messed up. However, Jesus is much more focused on who we are and then completing the healing process that we all need in our lives (it is called the Sanctifying work of the Spirit).

Simply put - Jesus spends more time focusing on who we can become (in his name), instead of dredging up our past sins.

"I take no heed what you have been but what you would be." - Margery Kempe

John 12:36 - Believe in the light while you have the light, so that you may become children of light.”

What do you feel?

Posted by Delme Linscott at 19:06 No comments: 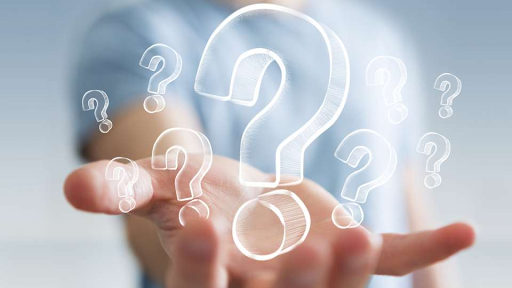 "God does not give an answer to all our questions, but, in Jesus, God enters into the heart of the questions." - Leonardo Boff

I am grateful that God is not afraid of my deepest questions. In fact, I think that God invites us to bring all our deepest longings, confusing questions and overwhelming concerns to him. It is in this act of trust that the Spirit then begins to guide us through all of the muck and mire in our lives.

1 Kings 10:3 - Solomon answered all her questions; nothing was too hard for the king to explain to her.

What do you think?

Posted by Delme Linscott at 09:41 No comments: