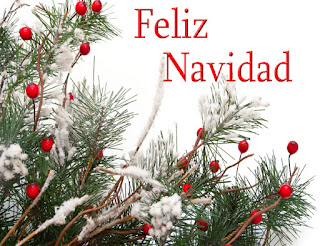 The ever popular Christmas song, Feliz Navidad is celebrating its 50th anniversary this year, having been written in 1970 by Puerto Rican singer José Feliciano. The words to the song are simple, but with the extremely catchy tune, it has gone on to become one of the most played carols of all time.

When asked about its success Jose Feliciano said that he wrote it to bring people together – different people, ethnic groups, languages and cultures – especially in the season of peace. He was feeling very lonely in the months leading up to the Christmas of 1970 and was asked to write a song for a new Christmas album. He says, “It was expressing the joy that I felt on Christmas and the fact that I felt very lonely. I missed my family, I missed Christmas carols with them. I missed the whole Christmas scene."

His friend, Rick Jarrard says that no one else was recording in Spanish and English at the time and that the phrase Feliz Navidad was not known in the English world until José did that song. Now, everyone seems to know the phrase and of course the song has been covered by all sorts of famous musicians, including Boney-M, Celine Dion and Michael Buble.

For the record Feliz Navidad means ‘Merry Christmas’ (just in case you didn’t realise thatJ). An interesting fact about Jose Feliciano is that he was born blind and yet was still able to go on to become a well-established artist and sing-songwriter. His courage and dedication remind us that God can make use of all of our talents, no matter our limitations.

When we sing this lovely song, we often only sing part of it, which goes as follows:

May you have a Blessed Christmas and peaceful New Year. Much love from our family to all of you.