9 - Story of the forgotten poor man 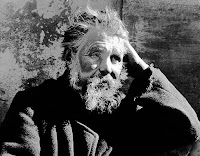 I love a good story. But, I enjoy even more, a story with a great ending. However, as I read through Ecclesiastes 9 today, I was a little saddened by the short story told by Solomon. Have a read of this yourself and see how you feel.

14 There was once a small city with only a few people in it. And a powerful king came against it, surrounded it and built huge siege works against it. 15 Now there lived in that city a man poor but wise, and he saved the city by his wisdom. But nobody remembered that poor man." - Ecclesiastes 9:14-15

In two verses Solomon tells the bleak story of a hero who was not remembered? Why was he forgotten? Was it because he was poor or was it because the townsfolk soon forgot his wisdom? Did their lives just carry on, because the threat of war dulled their senses? I guess we will never really know the answer to this, but it does lead me to this point:

The story of Easter is about a King who became poor for the sake of humanity. This King gave up his own life, in order to defeat the cunning enemy. The people cheered for a short while, but soon they also forgot what he had done for them. Sadly, very few people remembered the sacrifice of the King.

Let us remember what Christ did for us.