We are thankful to Carolyn Axmann for her devotion this morning. Thanks for taking time out from The Net to share you insights with us. 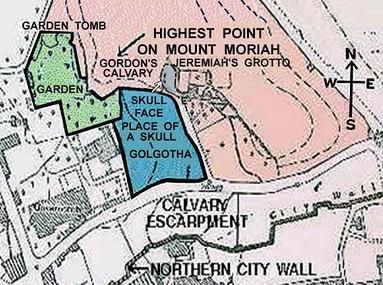 I didn’t know until recently that according to historians, Moriah, the site on which Abraham took his son Isaac in obedience to God’s command for sacrifice, is that same place where Jesus almost 2000 years later was crucified.

This blew my mind.  How could it be possible.  What huge irony.  Was this a coincidence? – Or was the coincidence that I wanted to write a devotion for the Lenten period but could not think what to write about and here, God gave me the perfect topic to explore.

Off I raced to research this “new” concept – only to discover I must be one of the last people to know about it – so great is the amount of literature and sermons on these separate yet connected sacrifices.

So, if you are like me, the basic facts are as follows:

In Genesis 22, Abraham is instructed to take his only son Isaac to the Land of Moriah and sacrifice him.  Before he does, God acknowledges his obedience and provides a ram for sacrifice in Isaac’s place.

Almost 2000 years later, the land has changed and cities and temples have been built and destroyed.  By the time we encounter Jesus’ crucifixion, Jerusalem is built on Mount Moriah.

Golgotha is located just outside the walls of Jerusalem, not more than 700 m from the spot where King Solomon built the first Jewish Temple.  According to Jewish tradition Solomon built the temple on Mount Moriah, commemorating the exact spot where Abraham stretched out Isaac upon the altar of sacrifice. Jesus, The LAMB OF GOD is crucified (sacrificed) in the same place where God provided a ram (or male lamb) to Abraham to be sacrificed in the place of Abraham’s beloved son, Isaac.

Mount Moriah, the Temple of Solomon, the place of Isaac sacrifice, and Golgotha — are all the same place.

WOW, HOW MIND BLOWING: I can’t keep up with my evolving thoughts.

The Lord said, “Go and get Isaac, your only son, the one you dearly love! Take him to the land of Moriah, and I will show you a mountain where you must sacrifice him to me on the fires of an altar.

Isaac said, “Father, we have the coals and the wood, but where is the lamb for the sacrifice?” “My son,” Abraham answered, “God will provide the lamb.”

Vs. 12 – 14: “Don’t hurt the boy or harm him in any way!” the angel said.  “Now I know that you truly obey God, because you were willing to offer him your only son.” Abraham looked up and saw a ram caught by its horns in the bushes.  So he took the ram and sacrificed it in place of his son.  Abraham named that place “The Lord will provide”.  And even now people say, “On the mountain of the Lord, it will be provided.”

John 1: 29 – “The next day, John saw Jesus coming towards him and said: “Here is the Lamb of God who takes away the sin of the world!”

This to me is not a coincidence; everything is planned of and from God.  There can only be a God-incidence.

It is not a coincidence that Jesus was crucified on this same spot. Everything is part of a God’s plan.  Not just some random event. This was the fulfilment of the ancient prophecy - God’s promise.  God told Abraham that someday “on the mountain of the Lord — it will be provided”.  And now it was provided, in the person of Jesus Christ. He gave Himself for me.

On a sub topic, that of provision; there is much emphasis in some of the research I did about the grammar used in Abraham’s exaltation that God WILL provide.  Not only did He provide me with a topic for this devotion.  Not a coincidence I was at that spot where the discussion of the sacrifice and crucifixion took place, but part of God’s plan, a God incidence that led to a wonderful journey of research and discovery and hopefully growth in Christ Jesus.

I pray that you have learnt something more about our all-powerful and all-knowing God.