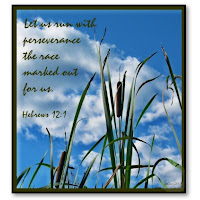 Have you ever felt misunderstood? You have shared your opinion or believed strongly in something, but others have misunderstood your motives? It hurts hey?

The early Christians were gravely misunderstood. They were accused of being cannibals (because of Holy Communion), incest (they referred to each other as brother and sister) and even atheism (they rejected other gods). All of these are ridiculous when we read them in 2011, but the early believers struggled to be heard and to share their story.

In truth, Jesus had also been misunderstood. He was called many names, including 'the devil' and a drunkard. Thankfully Jesus stayed focused and strong in the midst of these accusations. He proved that Love conquerors all.

May God be with you today, even if your good motives are misunderstood.