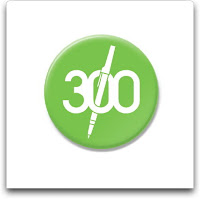 Gideon has always intrigued me. He is portrayed as a strong man of God and I often feel an overwhelming sense of peace when I read the accounts of his life in the Bible.

I was reading the children's version of Judges 7 to my kids the other night. This is the incident where God decides that it's best that Gideon whittles down his army from 32 Thousand to 300. Of course the story works out fine in the end, but I would love to have heard a little more arguing from Gideon's side. My brain was working overtime trying to figure out the Maths of the whole thing... 32 000 to 300. That's a huge loss of personnel, don't you think?

I wonder, did Gideon ever think to himself, "Lord, you have lost your marbles! How am I supposed to win this battle with 300 men?" I guess, Gideon has more faith than most of us. But in the end this fact remains - God seems to shine when the odds are against Him.

The Lord told Gideon, "With these three hundred men I will rescue you and give you victory over the Midianites." - Judges 7:7

If you are facing a situation where the 'odds' are stacked against you, remember Gideon and remember that God gave him victory!

Thanks for the photo
Posted by Delme Linscott at 15:52