The end of the year - Christ the King Sunday 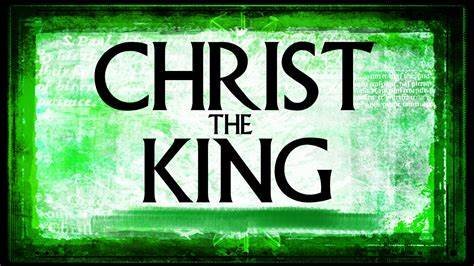 In the Christian calendar today (21st November) marks the last Sunday of the liturgical year. Today is known as Christ the King Sunday and it is a special reminder of our King, Jesus. Next Sunday marks the beginning of the season of Advent, which is our preparation for the arrival of the Messiah.

I know that it can seem a little confusing, as the official end of the year is usually the 31st December, but I think it is a good way of reminding ourselves that we belong to a different kingdom. Jesus spoke about his kingdom often and it was his clear conviction that he came to establish a new reign and that his kingdom was not of this world.

As we journey towards the conclusion of this liturgical year perhaps it would be a good practise to ask ourselves what we are hoping for in the new season of Advent. Will Advent usher in the peace, hope, joy and love we all seek? Should we not turn again to Jesus Christ, the one who can make all our hopes a reality?

"Jesus said, “My kingdom is not of this world. If it were, my servants would fight to prevent my arrest by the Jewish leaders. But now my kingdom is from another place.” - John 18:36