Is this what contributed to some of our Wars? 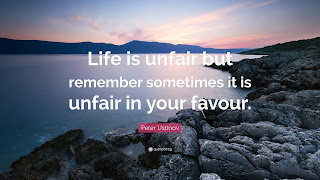 In this month of November we remember many historical conflicts and those people who sacrifice their lives for the sake of a better world. The 9th November marked the collapsing of the Berlin wall, while the 11th will call us to pause and remember all who died in the 'Great' wars of the 20th Century. As I was reading through Ecclesiastes today I tried to find a link between these verses and the outcome of violence, conflict and war.
"When the sentence for a crime is not quickly carried out, people’s hearts are filled with schemes to do wrong. Although a wicked person who commits a hundred crimes may live a long time, I know that it will go better with those who fear God, who are reverent before him. Yet because the wicked do not fear God, it will not go well with them, and their days will not lengthen like a shadow.

There is something else meaningless that occurs on earth: the righteous who get what the wicked deserve, and the wicked who get what the righteous deserve. This too, I say, is meaningless." - Ecclesiastes 8:11-14
Is it possible that if the engineers of war had been stopped before they got out of hand, that we would have seen less blood-shed in our world? Is it possible that if the majority of criminals realised that they would not get away with their evil schemes, that we would have less crime and pain in our world? I think it is worth chewing on. I don't have a concrete answer, but just questions.
"There is always inequality in life. Some men are killed in a war and some men are wounded and some men never leave the country. Life is unfair." - John F. Kennedy
Living in Grace
D3LM3
Posted by Delme Linscott at 13:15