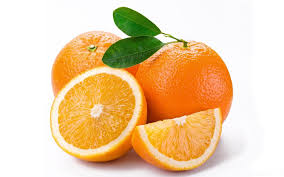 I absolutely love this story! It speaks so clearly of what we value the most.


As we come to the 105th Anniversary of the sinking of the Titanic – April 1912, there is an interesting story that comes out of that tragedy. It was reported that eleven millionaires went down on the Titanic. Major A. H. Peuchen left $300,000.00 in money, jewelry and securities in a box in his cabin. "The money seemed a mockery at that time," he later said.
Do you want to know what he picked up on the way to jump off the ship? He told reporters later that, "I picked up three oranges instead." - Source Unknown.

In the end, he took what he needed most to survive - and he realised that money wasn't going to get him through the next few hours of his life. Everything has a value and sometimes we need a 'tragedy' to remind us of the true value of things.

As you start this week please remember that you are valuable to God. Jesus loves you so much.


John 1:14 - So the Word became human and made his home among us. He was full of unfailing love and faithfulness. And we have seen his glory, the glory of the Father’s one and only Son.