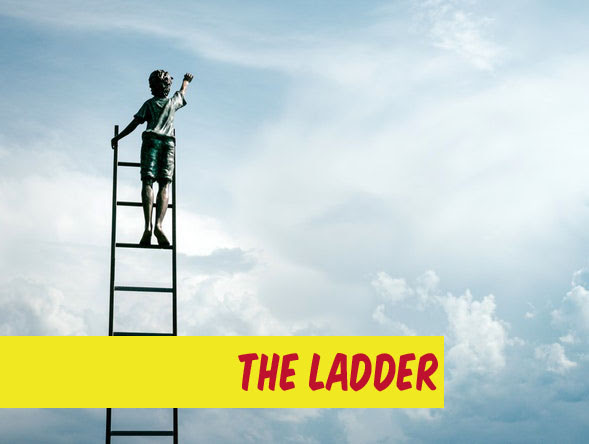 In his philosophical take on faith, Soren Kierkegaard spoke about how we are united with God. He notes: "we become united with God NOT by climbing a mystical ladder to heaven, but by God's descending to our level and claiming us for his own."

I think this is such a beautiful picture of Grace. We often misunderstand our spiritual quests as the work we do in order to reach God; however, we forget that the work has already been done by Jesus, who climbed down the "ladder" (the Incarnation) so that God could be with us.

If you faith seems as if you are constantly trying to climb another rung on the ladder, to get closer to Jesus, perhaps take a break and allow Christ to step into your world.

John 1:14 -  The Word became flesh and made his dwelling among us. We have seen his glory, the glory of the one and only Son, who came from the Father, full of grace and truth.