I beg your pardon... 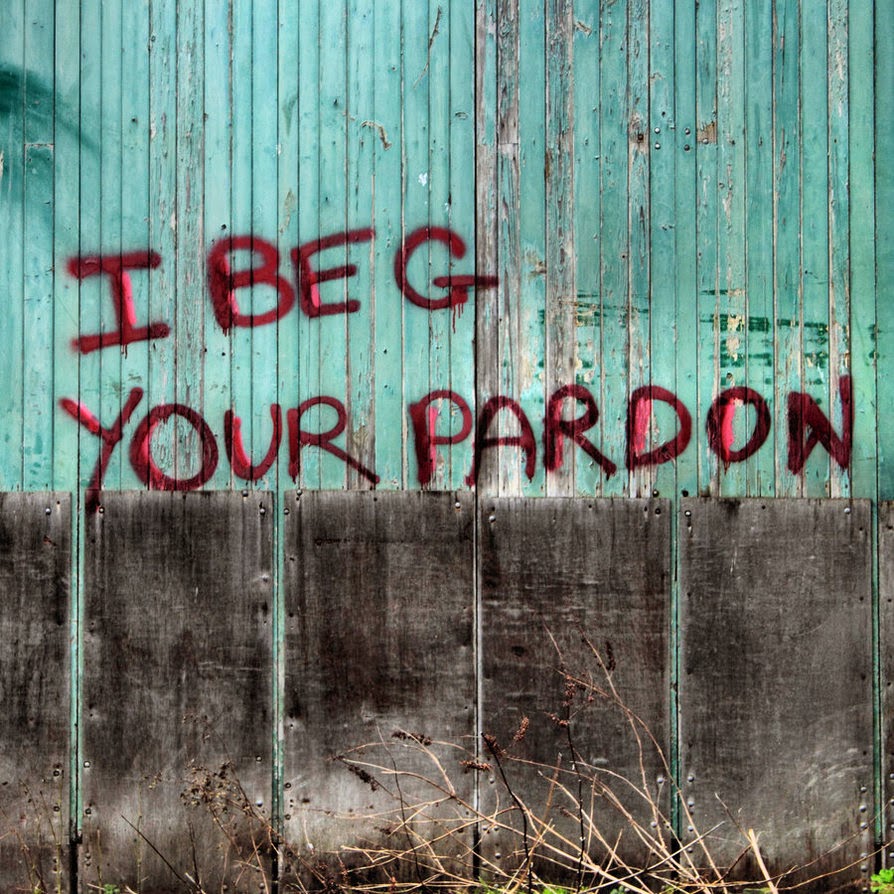 The saying, "I beg your pardon" has been around for many years, having origins in old French dialects (pardun). It is usually used in the context of offering an apology of sorts - asking for forgiveness. When I ask for your 'pardon' I am asking you to excuse my behaviour and to offer me a second chance.

So, if we reflect on the 3rd line of the prayer of St Francis, we note his words...

"Where there is injury, pardon..."

This implies that where someone has injured us, that we should seek to offer them some form of forgiveness, especially if they are remorseful for their actions. Of course this is hard to do when the person who as aggrieved you doesn't admit their mistake.

It is important to note that God offers us His unconditional pardon, even when we are ones who have caused the injury. Grace is always about God's offer of love to a world who doesn't quite deserve it.

Isaiah 55:7 -  Let them turn to the Lord, and he will have mercy on them, and to our God, for he will freely pardon.

Micah 7:18 - Who is a God like you, who pardons sin and forgives the transgression of the remnant of his inheritance? You do not stay angry forever but delight to show mercy.

The next time you catch yourself saying the words, "I beg your pardon", think about the essence of what you are saying.