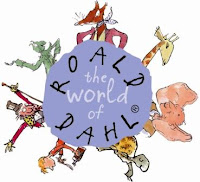 Over the last few days, much has been written about the events of 9/11. In order to make a change, I felt it would be good to write about 13 September. More specifically to remind ourselves that it was on the 13 September 1916 that Roald Dahl was born. Roald encountered tragedy in his early years - he was just 3 years old when his sister and father died unexpectedly. Later on in life Dahl fought as a fighter pilot in World War 2 and it was only after this experience that he was encouraged to write about his years in combat. This seemed to be a catalyst for more writing and Dahl went on to write numerous books.

My point is this: sometimes difficult situations in life lead us unto a path of discovery. We may not have ever had the privilege of reading Charlie and Chocolate Factory, James and the Giant Peach and more,  if Dahl had not been encouraged to write about the difficulty of war.

I believe that no matter what we experience in life, our God will make a way.