The donkey in the Lion's skin 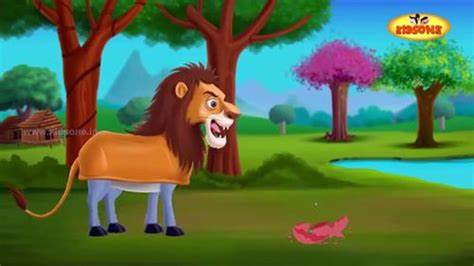 "Once upon a time, a donkey found a lion's skin. He tried it on, strutted around, and frightened many animals with his new appearance. Soon a fox came along, and the donkey tried to scare him, too. But the fox, hearing the donkey's voice, said, "If you want to terrify me, you'll have to disguise your bray."

Aesop's moral: Clothes may disguise a fool, but his words will give him away.

This fable still finds value in today's context. How many times do our politicians try to disguise themselves with titles, propaganda and staged photoshoots, but in the end, their words still give them away?
"Fools find no pleasure in understanding but delight in airing their own opinions." - Proverbs 18: 2
"The mouths of fools are their undoing, and their lips are a snare to their very lives." - Proverbs 18:7
This challenge is not just for the politicians of this world, it is also for ourselves. We may think that by putting on airs of respectability we may win a few supporters, but it is our words that give prudence to our true characters.
Living in Grace
D3LM3
Posted by Delme Linscott at 11:52