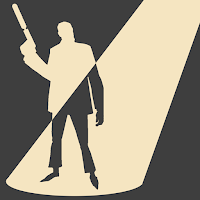 It seems that 'spying' is in the news again. Russian spy Anna Chapman has had her cover blown and has now been sent back from American and has also had her UK citizenship withdrawn. It's a tough life being a spy.

I wonder what the papers would have said about Joshua sending 2 spies into Jericho (Joshua 2)and when Moses sent Joshua and Caleb to explore the promised land? They were certainly not going on a holiday - God sent them with a purpose of finding out crucial information that would help the Israelites settle in their new land. Yes, they were technically spies!

So, in Biblical times people were hailed as heroes for spying on others, but today people are despised for the same thing. Is that fair? If the people of Jericho had captured the 2 spies you can bet that they wouldn't have just withdrawn their passports - it would have been worse than that!

I am not sure how you feel about 'spying', but most of us would feel as if our privacy had been invaded if we discovered that people had been watching our private lives. Spying is not a cool occupation in the modern world, unless of course you are James Bond.

Million Dollar question:Is it ethical to be spies for God? (Just wondering! - let me know your thoughts)