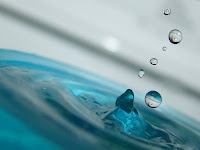 Christ appeared not as a philosopher or wordy doctor, or noisy disputer, or even as a wise and learned scribe, but he talked with people in complete simplicity, showing them the way of the truth in the way he lived, his goodness and his miracles - Angela of Foligno (1248 - 1309)

For those of us living in the 21st century we would assume that the lives of the people in the 13th century would have been less hectic. No cell phones, internet, TV, cars, airplanes, diaries - all simple and uncomplicated. Yet, when Angela of Foligno wrote these words it seems that people were still not seeing the simplicity of Jesus in their everyday lives. They were still missing the truth of His Greatness.

Do you sometimes feel that you are missing out on the miracles of Jesus? What stops us from seeing His truth?